The underwater adventures of a mermaid with bathophobia.

In the last few years it is really hard to catch my interest with any photo project. Since there are only very few of them that really worth it. So when I’ve got a proposition to participate in an underwater photoshoot, I was full of enthusiasm. Indeed, zero-gravity in the water gives so many new options to create wonderful pictures! 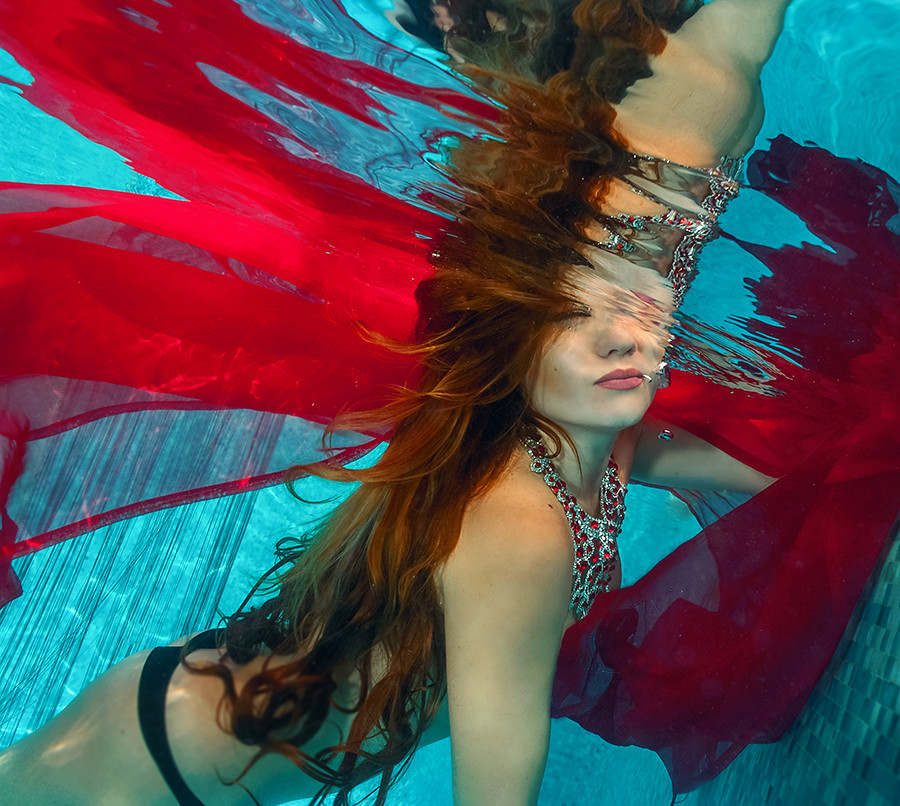 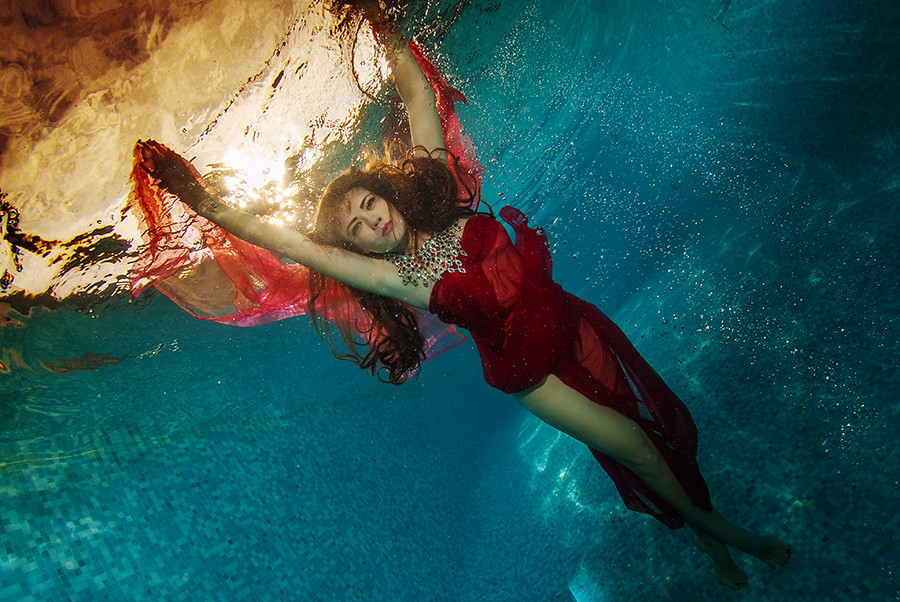 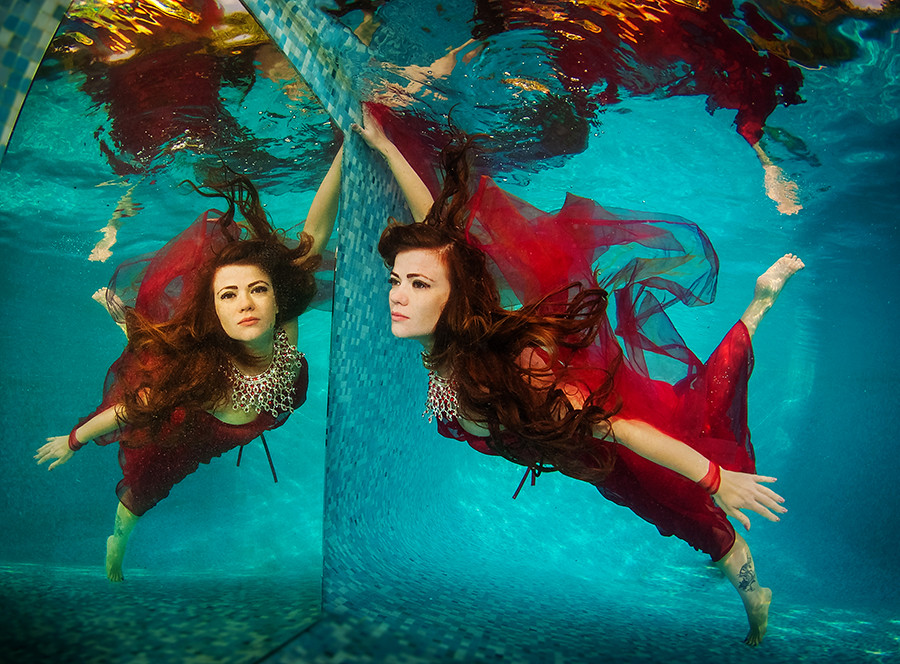 First the project appeared to me like a grand master-plan. It was supposed to take place in the Red Sea. I was in total comfort with everything, even with the fact that I am totally in horror of the depth. Shortly before I’d got my first scuba diving experience. This almost costed me a heart-attack and a fear of friendly dolphins (I will certainly tell you this story one day). The underwater project was proposed to me by a French photographer Jean-Louis Danan, who has been shooting underwater world for more than 10 years. It was him, by the way, who insisted to make a test shoot in a swimming pool first. Of course, I got a bit upset, but finally he was right.

At first sight, realizing the underwater shoot seemed very easy. The hardest thing, I though, is to keep my eyes opened. So, swimming pool it be. After all there is no reason why we couldn’t do this again in the sea. I was imagining myself as a beautiful mermaid, swimming to the unfathomed deep. My beautiful hair float weightlessly, and the flecks of sunlight sparkle on the scales of my tail…

Well, in real that was less than meets the eye. I had ordered a monofin to make that ”sparkling” tail. But it hadn’t arrived on time, so I had to abandon the idea of the mermaid’s costume. That’s not a big deal, – I was saying to myself, – we can always create a fantastic effect with fluid sheer fabrics.

So, here it is: the first diving, light settings etc. Guess what? Opening the eyes underwater is the easiest part! When you sink, you cannot stay underwater! Your body is simply pulled out! Well, the whole point is to sink, letting all the air in your lugs out. But even the idea of this was just too much to take. So Jean-Louis proposed to use weights. Feeling the weights attached to my feet touched off such a strong panic attack that I almost passed away. Naturally, I tried to drag myself out of the water, completely ignoring the camera and the photographer. By the way, the photographer underwater looks like a dark blurry stain. So this is anything but helpful to overcome the panic attack.

As the result, the shooting turned into the utter fiasco. Well, at least in comparison with the images I visualized in my head. Good thing is that the shooting took place in a swimming pool and not in the sea. Otherwise I cannot even imagine how everything could turn. I am really happy to have Jean-Louis Danan as my extremely patient coach for my first underwater photoshoot. Despite all my panic attacks and total disorientation, he succeeded to rip out some acceptable pictures. I hope that this is not our last collaboration and that the next time would be much better. 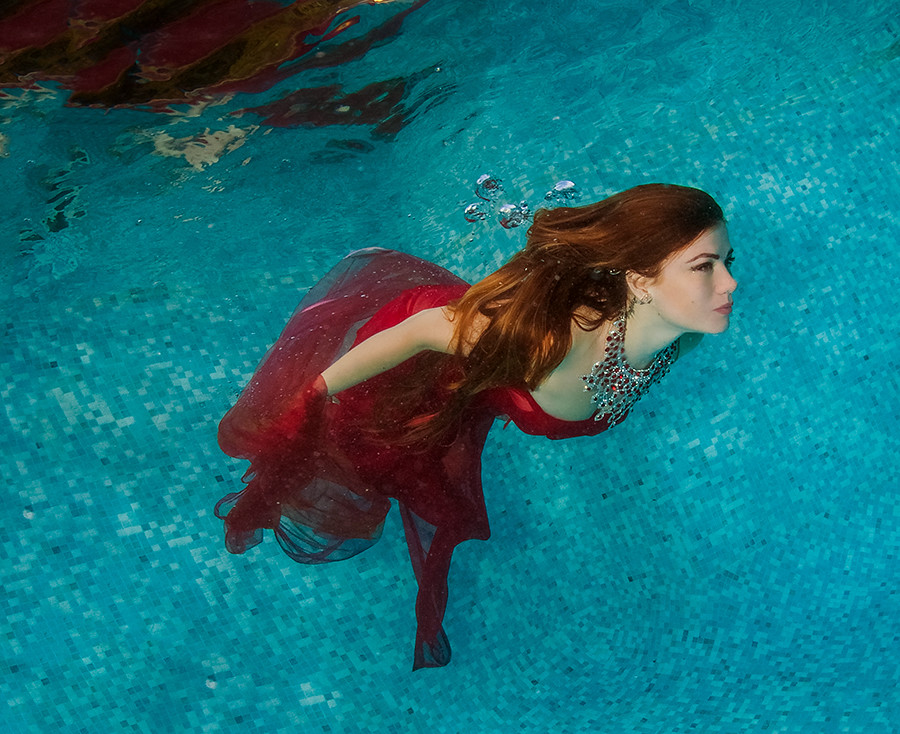 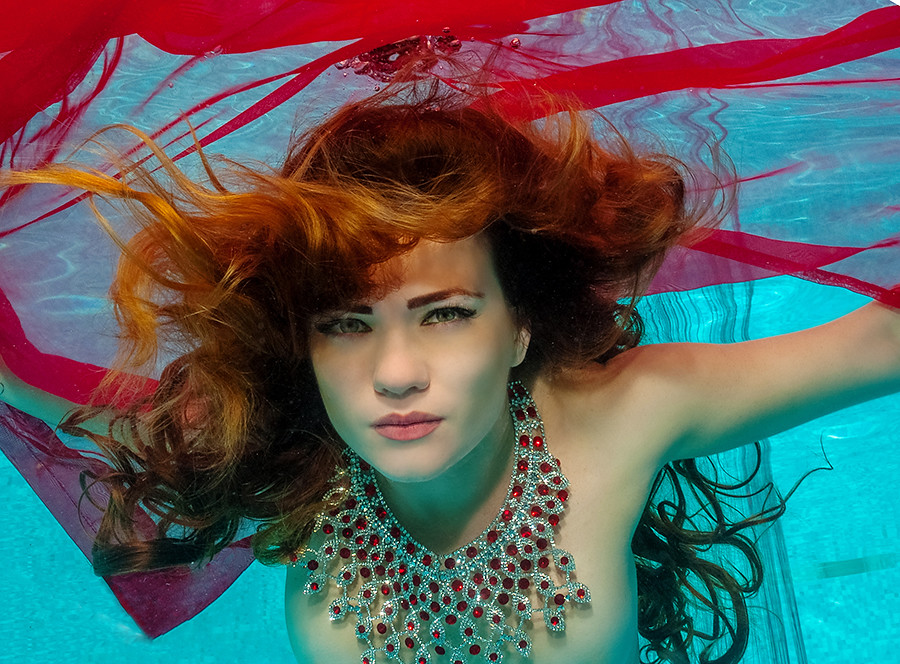 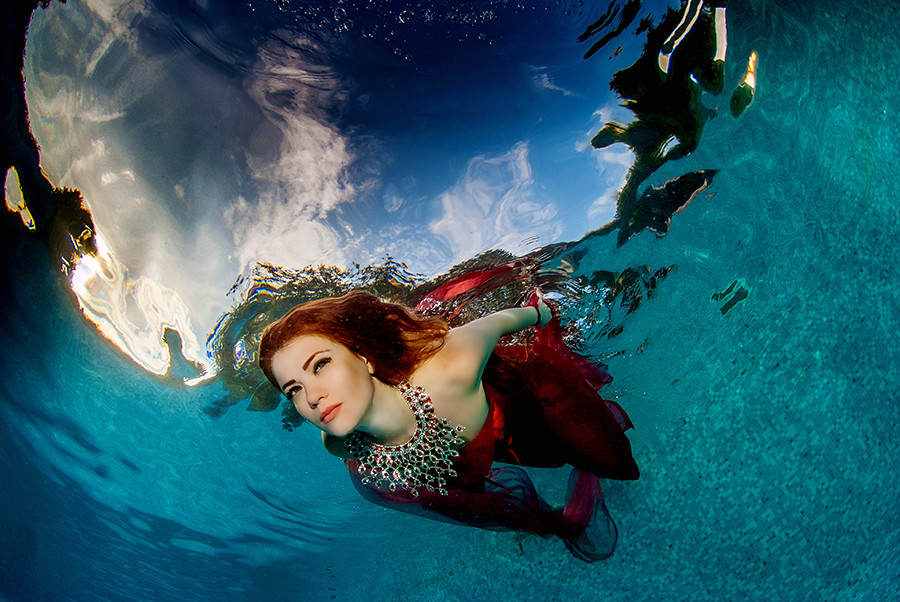 They say, in order to overcome one’s fears, you need to put yourself in a situation. Well it didn’t work for me. At all. However, I haven’t abandoned the idea of the underwater shoot in the Red Sea. But for now, I am steeling myself to repeat the experience in the swimming pool.

Published in Through The Lens

Login with your Social ID